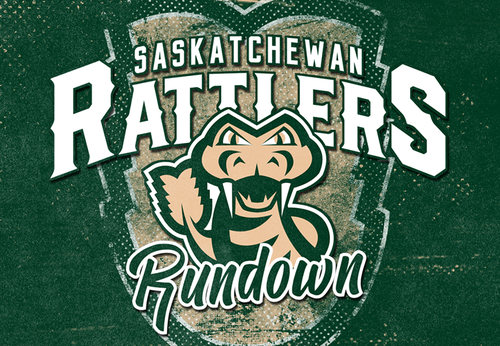 Rattlers Rundown premieres on June 26 at 3:30 PM on AccessNow TV. University of Regina alumni Jamal Williams and Joel Hunter will host the show as they discuss the latest Rattlers Basketball action each and every week.

“We are excited to announce that Access Communications will be joining the Saskatchewan Rattlers and the CEBL throughout the 2021 season,” said Brad Kraft, Vice President of the Saskatchewan Rattlers. “The partnership will result in the creation of a weekly show hosted by Jamal and Joel. The show will provide unprecedented access for Rattlers fans as fans will be given the opportunity to learn more about the Rattlers and CEBL. Content will include in-depth reviews of Rattlers games as well as player and staff interviews.”

“The Snake Pit is open again, and we’re excited to welcome Rattler fans to the AccessNow TV platform,” said Tracey Mucha, Community Programming Manager at Access Communications. “Jamal and Joel are a fantastic duo, and we think fans will appreciate the coverage of every Rattlers’ home game this season. The show is a welcome addition to all the local sports coverage we have at AccessNow Sports.”

Here’s the CEBL broadcast schedule on AccessNow TV, which will be followed by Rattlers Rundown:

The broadcast schedule can also be found here: www.myaccess.ca/accessnow/cebl.

About the Canadian Elite Basketball League
A league created by Canadians for Canadians, the CEBL has the highest percentage of Canadian players of any professional league in the country, with 75 percent of its current rosters being Canadians. Players bring experience from the NBA, NBA G League, top international leagues, the Canadian National team program, and top NCAA programs as well as U SPORTS. The only First Division Professional League Partner of Canada Basketball, the CEBL season typically runs from May through August. Head to CEBL.ca for more information or follow us on Instagram, Twitter, TikTok, LinkedIn, Facebook & YouTube.

About Access Communications Co-operative
Access Communications Co-operative began serving customers in 1978 and has grown into one of Saskatchewan’s largest telecommunications companies. We deliver exceptional communications and entertainment services to over 235 communities and 170,000 square kilometres of rural areas across our province. As a community-owned, not-for-profit co-operative, our commitment to the community goes beyond providing internet, television, phone, and security services. We dedicate 100% of our earnings to improving the quality of life in the communities and rural areas where we live and do business, primarily through our AccessNow TV community channels, corporate initiatives and fundraising events, and our Children’s Fund charity. Visit myaccess.ca for more information.